Posts Tagged: the lady’s mine 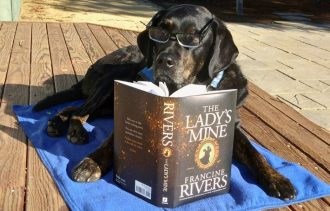 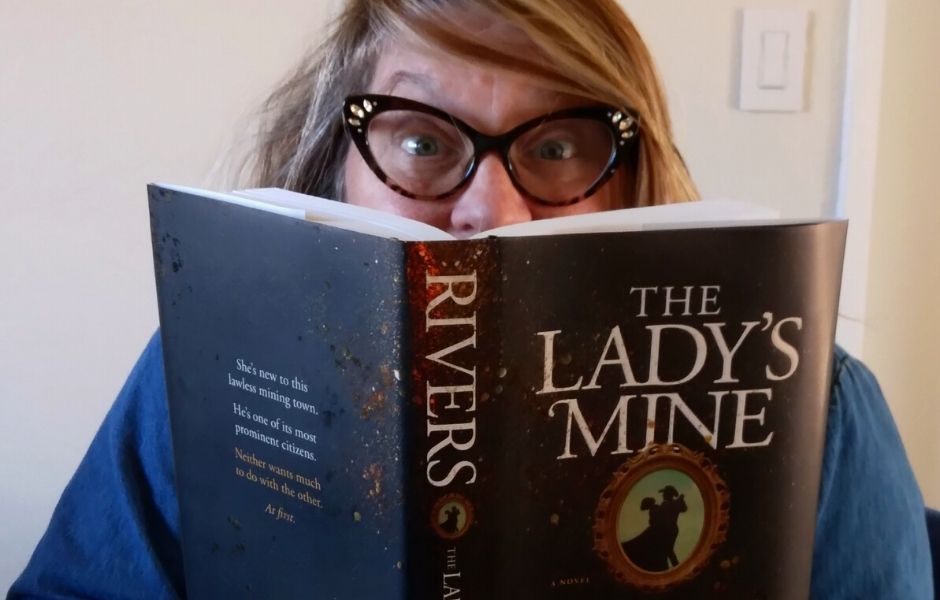 Francine Rivers’ latest novel, The Lady’s Mine, is true to Rivers’ writing form.

You’ll be in California Gold Rush days from page one to the end, feeling like you’re living it. Rivers’ detailed style draws the reader into that era with flair as you feel every bump on the washboard, dusty gravel roads, to slipping around on mud-slathered streets. Calvada, though fictional, is true to western settlements of those early California-Nevada days.

Then, just for fun, Rivers builds an unlikely romance between the main characters. Like the back cover reads, she’s new to the lawless mining town and he’s one of its most prominent citizens. Neither wants anything to do with the other. It will tug at your heart strings and have you laughing one minute and crying the next.

Yet another Francine Rivers novel you can’t put down.

Even Aiden is enjoying it! 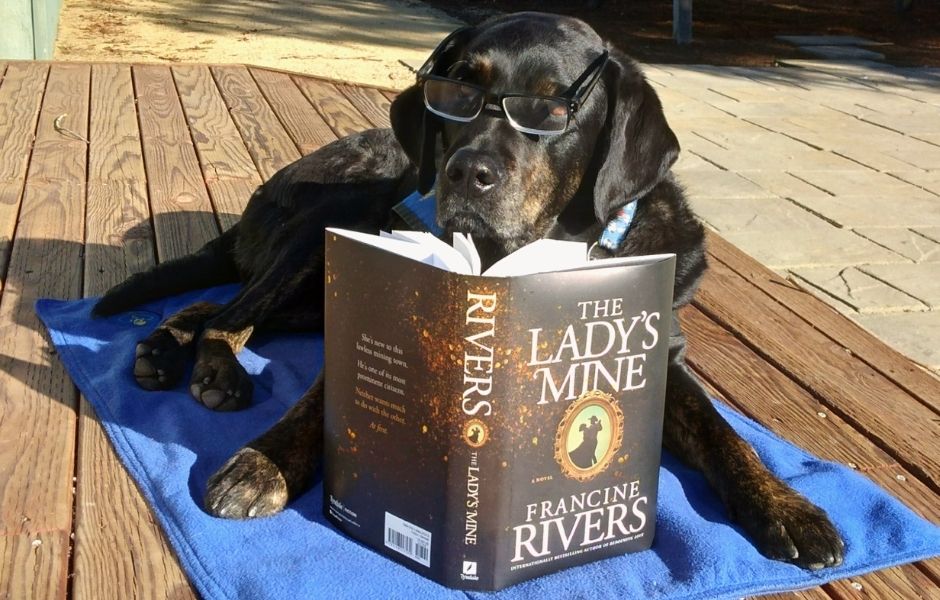 For more on Francine, check out her website, francinerivers.com